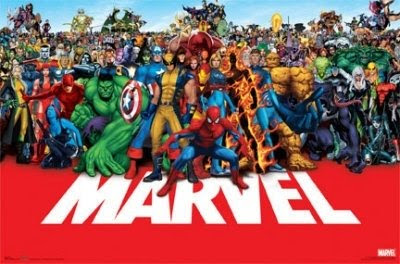 I swore that SO many things would or would not happen when I was to be a Mom. I swore that my children would be vegetarian, would be ignorant of all things Disney, would barely watch television, would only play with handmade toys, etc…etc… And I have failed on all of the aforementioned. I also swore that my children would not watch violence of any kind … especially of the comic book variety. But alas, the Incredible Hulk has entered our lives, our home, our play, and our consciousness. I am not quite sure how this has happened. I try to look back on where it all started … and I think it had something to do with a box lot of toys that I bought at Goodwill (I kept my promise that my children would not shop at WalMart – and would instead but all their toys at thrift shops). I believe there was a hulk toy in the lot … and I remember Isaac asking me who he was …. and that he became totally intrigued with my answer. Now – we are a Marvel comic family … Iron Man being my person fave.
So – how do I sleep at night knowing that I have allowed punching, kicking and smashing into our household? Well, it is simple really. For one, my son is a very good boy. He knows right from wrong … loves his fellow human beings … and has a generous and gentle nature. Secondly, the Marvel characters are “heroes / heroines”. They fight for “good”. And although I absolutely believe that “good” and “bad” are totally subjective (in fact my favorite quote is: “There is neither good nor bad, only thinking makes it so.” by William Shakespeare) … I recognize that children his age do not have the brain capacity to think subjectively. They understand the concrete. So, for them, there are good people and bad people. And there are victims of bad people. It is those victims that need a “hero” … and that is what my son appreciates about watching the Hulk, Batman, Spiderman, Wonder Woman, Iron Man, etc. He sees them as heroes who fight evil for the benefit of us all. I can live with that. In fact, for now, it makes my job as a parent a bit easier. How? Well, he wants to be like those heroes. During private play, he punches, kicks and smashes the air … at those bad guys … and saves the universe. He is the victor … always. He believes in himself. He believes that good always triumphs.
He will learn later that power and heroism do not need to come from brute strength. He will learn later that people like Martin Luther King, Ghandi, Mother Theresa, etc. were superheroes of their time — without the need for punching. He will learn later that “good” and “evil” are not so clear cut. But for now, this is okay. My little man is exerting his testosterone by saving his imaginative world of all evil-doers.
…. And I am continuing to learn to change the rules of our house to suit the people in it. I am learning that everything that I thought about being a Mom before I became a Mom is all up for review and transformation.
Welcome, Mr. Incredible Hulk. You were an unexpected guest … but we are glad to have you on board.
Love,
Jodi
Tweet