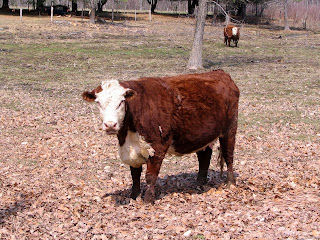 Scene: driving through the city – on our way to visit Auntie

Isaac: “Mama, where are the cows?”

Well, I guess if cows can’t be in the city – then Isaac doesn’ t want to be either. Poor Isaac is going to have to get used to the idea that cows will no longer be part of our everyday lives in the city … OR … we will just have to do as Daddy has suggested, and keep our country home as a weekend get-away. Best of both worlds 🙂